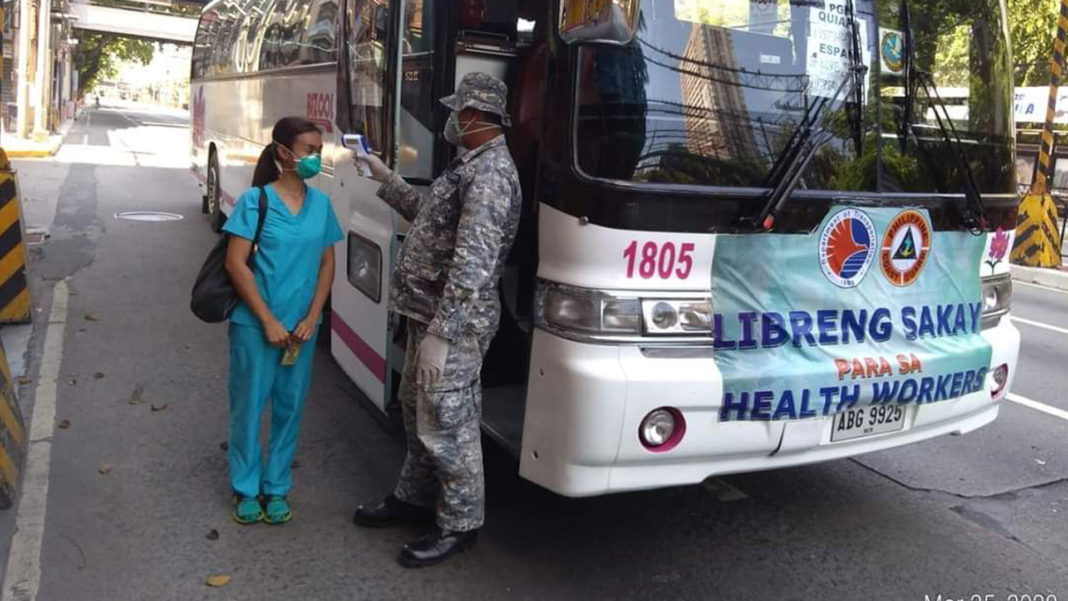 The Department of Transportation (DOTr) has announced on March 26 that it has increased its routes for the Free Ride for Health Workers Program to 18, compared to the initial three (3) routes on its first day of operations.

Congress Has Not Been Idle Amid Pandemic: Speaker

The additional aircrafts will be used to support PAF's transport of medical supplies and personnel to contain the pandemic.
Read more
Local News

According to Vega, a 300-bed capacity private hospital that allocates only 10 percent or 30 COVID-19 beds should have increased it to 90 beds representing 30 percent of the entire capacity of the facility.
Read more