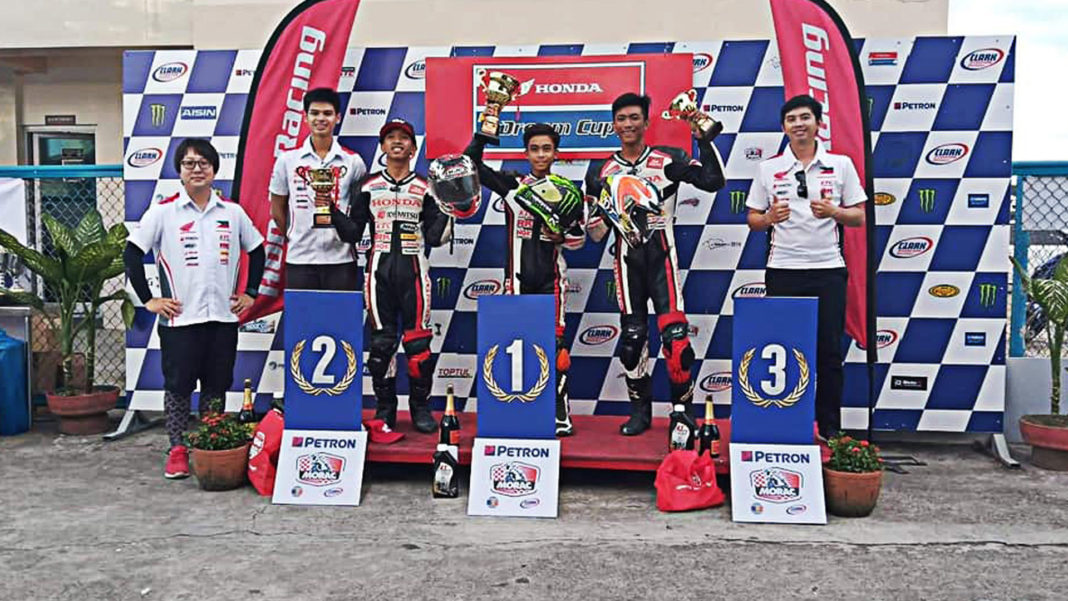 Phoenix continues to reap rewards by being able to survive and even emerge profitable despite the challenges of this unexpected public health crisis.
Read more
Spotlight

Despite the challenges brought by COVID-19, Phoenix Petroleum remains intact as it beats competitors in terms of performance during the first quarter of 2020.
Read more
Spotlight

The aspiring young riders delivered solid performances, as expected, as this year’s Honda Pilipinas Dream Cup (HPDC) sealed its racing season with the 6th round, happened in Clark International Speedway last October 5 and 6.

The 14-year old Alfred Jakob Sablaya defended his lead during the qualifying race, followed by two domineering racers, Chino Hung and Marco Gil Ventinilla, who took the second and third spot, with only an 0.021-second gap.
Kurt Villanueva and Travis Paralejas, on the other hand, raced for the fourth-place position. Kokoy Mangibin, the standing fourth place in the overall competition, finished 8th in this race.

The head-to-head clash between Hung and Ventinilla for the second spot, as well as Villanueva and Paralejas for the 4th place continued to the Race 1. Sablaya, on the other hand, remained unbeaten.

The 2nd Race sealed the cup still, with Sablaya on top. Hung, however, crashed in the middle of the race, leaving his head-to-head battle in favor of Ventinilla, who eventually finished in 2nd place. Villanueva, on the other hand, bagged the 3rd spot in the gridlines.

Overall, Sablaya dominated the Round 6—he was also hailed the champion of the Honda Pilipinas Dream Cup 2019 while Hung and Ventinilla snatched the 2nd and 3rd place.

As one of the benefits in joining the Honda Pilipinas Dream Cup, Honda Philippines, Inc. (HPI) supports Sablaya and join the Idemitsu Asia Talent Cup Try-Outs, happening on Oct 29 – 30 at Sepang Circuit in Malaysia.

The Idemitsu Asia Talent Cup try-outs will determine who will join the prestigious race event for its 2020 season, and Sablaya may be the next Filipino rider to join the ranks of the previous Filipino riders including HPI current international rider Troy Alberto.

HPDC 2019’s sixth-round is the conclusion of the Honda’s MotorSport Program, which aims to develop young riders in motorcycle racing using a specific race machine, such as the CBR150R – a 150cc, MotoGP DNA motorcycle. It also seeks to promote the sport of MotoGP-racing among young Filipinos to better their skills in representing the country for future racing competitions.

The racing competition is also part of Honda’s ONE DREAM campaign, dedicated to uniting all motorcycle riders through fun and exciting activities and strives to serve Honda Motorcycles as partner tools in achieving one’s dream.

“Now, I am asking Secretary Duque to form a new team that would focus on the immediate delivery of the assistance that should be given to those who were ‘yung namatay tapos ‘yung nagkasakit. And I expect it within 24 hours.”
Read more
COVID-19 Watch

Mayor Abby Shuts Down Salon In Makati For Ordinance Violation

Pineda said on Thursday that the income from taxes and fees in quarrying will be put into the provincial government’s general fund to help contain COVID-19.
Read more
Motoring News

DENR-9 has released Wednesday a Philippine tarsier (Tarsius Syrichta) into the wild in the province of Zamboanga del Norte on Wednesday.
Read more
COVID-19 Watch

The number of people who tested positive for COVID-19 has exceeded 20,000 on Thursday.
Read more
Local News

241 lawmakers were in favor, whereas none were against nor abstained from voting.
Read more
Spotlight

Phoenix continues to reap rewards by being able to survive and even emerge profitable despite the challenges of this unexpected public health crisis.
Read more