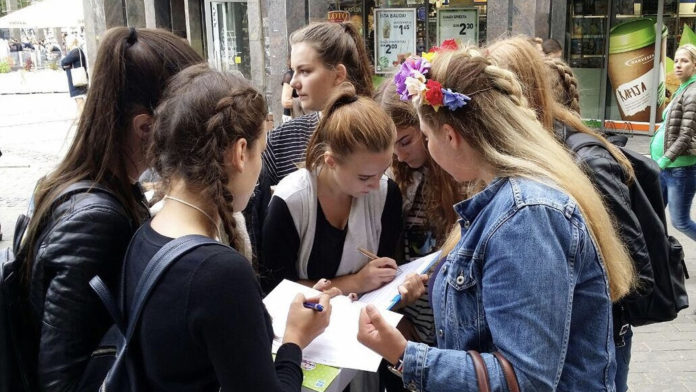 International NGO named HWPL and civil society groups in cooperation opens a global advocacy movement of peace with the concept of sending “Peace Letters to National Leaders in 193 countries” on March 14 in 83 major cities around the world such as New York, Delhi, Frankfurt, Sydney, Cape Town, Istanbul, Seoul, Tokyo, and London and the Philippines.

This event is expected to share the outcomes of activities undertaken to introduce the 10 articles and 38 clauses of the DPCW to the United Nations and the present status of the international community’s support.

As a part of the 3rd Annual Commemoration of the Declaration of Peace and Cessation of War (DPCW), the “Peace Letter Campaign” is held globally to collect civil support for peace building and intergovernmental cooperation for the cessation of war.

In the Philippines, the 11 Deputy Mayors of Davao City as well as leaders of the Catholic Church, namely: Archbishop Antonio Ledesma of Cagayan de Oro and Archbishop Fernando Capalla of Davao, who yearn for the achievement of peace willingly wrote peace letters addressed to the President to urge his support to the implementation of the International Law.

A signature campaign is continually being conducted in Parañaque City Public Library and in Museo ni Manuel Quezon, gathering hundreds of letters in support of DPCW.

The participants including the HWPL International Law Peace Committee comprising international law experts and scholars will discuss the way of developing the DPCW into a legally binding document as well as the role of civil society for the peaceful unification of the Korean Peninsula.

Responding to the need for an international legal instrument for sustainable peace and cessation of war, the DPCW was drafted with the provisions including conflict resolution and a framework for spreading a culture of peace to avoid any war-related actions and achieve peace.

Following the commemoration, there will be peace lectures on cooperation in building up a social consensus among civil society on peace and unification needed to create a unified one Korean state by peaceful means as stability and reconciliation on the Korean Peninsula are considered as important factors in world peace.

The organization, HWPL, also known as Heavenly Culture, World Peace, Restoration of Light, is an international peace NGO headquartered in South Korea in Special Consultative Status with the UN ECOSOC. For the purpose of ceasing all wars and creating a peaceful world as a legacy for future generations, it has initiated peacebuilding projects which includes international law for peace, interfaith dialogues, and peace education.