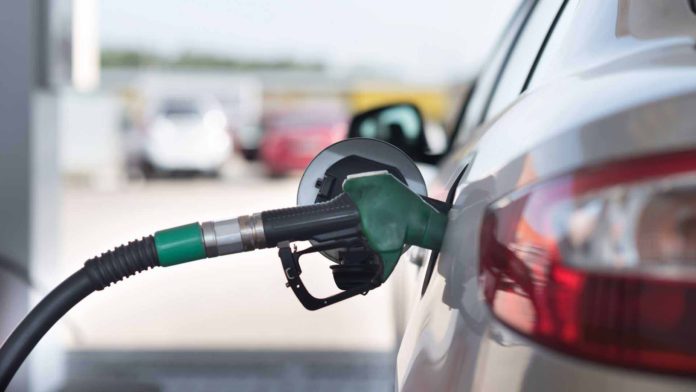 Partido Manggagawa (PM), national chair Rene Magtubo believed that the oil price increase should have not been implemented, noting that these companies still have reserves in their supply.

“At this point in time, there should be no big-time price hike given that oil companies still have their reserves priced at a lower cost. Any big-time increase should be supported by the DOE’s (Department of Energy) assessment on the oil companies’ present oil reserves and costs. Absent this, big-time oil price hikes will be a windfall to oil companies but would bring about price hikes to basic goods that ordinary workers consumed,” the labor group leader added.

Joshua Mata, secretary general of Sentro ng mga Nagkakaisa at Progresibong Manggagawa (SENTRO), opined that the hefty increase in oil prices are highly speculative as the government of the Kingdom of Saudi Arabia (KSA) is doing its best to mitigate the situation.

“From what I gathered, the Saudi government is acting fast to rebuild their capacity, and they should be able to address the problem soon. As such, any additional oil price hikes would be highly speculative,” he said.

“It is therefore imperative that government should provide assistance to those affected by the oil price hikes,” Mata added.

Julius Caiglet, vice president for research, advocacy and partnerships of the Federation of Free Workers (FFW) – Nagkaisa, said the oil price hike will take its toll on workers.

“This is grossly unfair to workers. They are raising oil prices on the basis of mere speculation. There should be enough buffer stock in the international market to stave off the price increases,” he said.

On the other hand, the Trade Union Congress of the Philippines said that Tuesday’s big-time fuel price hike will affect the purchasing power of all workers nationwide.

“The bigtime fuel price increase will definitely impact the prices of goods and cost of services which will automatically lessen the purchasing power of wage,” said TUCP President Raymond Mendoza in a separate statement.

“This natural increase in the prices of goods and services will be confounded by additional prices imposed by profiteers and profiteering activities who always exploit the weak enforcement of government regulation on prices of basic commodities and services,” he added.

Mendoza also urged the government to implement a more proactive regulation to prove that the increases in the prices of fuel several months prior to the Saudi Aramco oil field attack were not overpriced.

“The Department of Energy must examine the books of these oil players and conduct price validation audit and check whether current fuel prices truly reflect movements in the global market,” he said.

On Tuesday, oil companies have implemented price hike on gasoline by as much as PHP2.35 per liter, diesel by PHP1.80 per liter and kerosene by PHP1.75 per liter.

The spike in oil prices came more than a week after the drone attacks by Houthi rebels on government-run oil facilities in Saudi Arabia.

Last week, Saudi Arabia’s Energy Ministry said the kingdom’s oil production which was suspended earlier due to the attacks would be fully restored by the end of September.

This pronouncement eased investors’ worries which led to lower oil prices on Tuesday.

International benchmark Brent crude was trading at USD64.29 per barrel, lower than USD64.45 per barrel after closing Monday.

American benchmark West Texas Intermediate was at USD58.32 a barrel at the same time for a 0.07 percent loss after ending the previous session at USD58.36 per barrel.

The kingdom’s oil production will reach 11 million barrels per day (mbpd) by the end of this month, and will continue to rise to 12 mbpd by the end of November. (PNA)