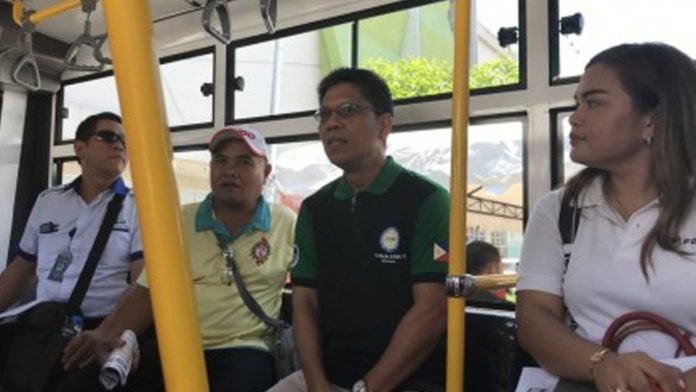 The government is pushing for the entry of affordable modern jeepneys in the market in a bid to fast-track the implementation of the flagship Public Utility Vehicle Modernization Program (PUVMP).

Lawyer Martin Delgra III, the chairperson of the Land Transportation Franchising and Regulatory Board (LTFRB), said Monday the agency and the Department of Transportation (DOTr) have been continuously talking with modern PUV suppliers for the production of “cheaper but quality” units.

Delgra acknowledged that the current prices of modern PUVs are quite high, as seen with the prototypes being marketed by various manufacturers that are priced as high as PHP2.5 million.

Delgra said the prevailing market prices are mainly dictated by the rising demand for modern PUVs in the country, but added that they have been engaging with the suppliers to also consider the “social dimension” of the program in the pricing of their units.

“We’re asking them to help our transport groups by setting prices that are also reasonable for them,” he said in an interview with reporters at the sidelines of the launching at the SM Mall here on Monday of the “Modern PUV Caravan” Mindanao leg-Phase 2.

In one of their recent engagements, he said DOTr Secretary Arturo Tugade managed to convince a supplier to lower its price for a Class A modern jeepney to PHP900,000.

He said they are also discussing with other suppliers regarding the prices for Class B and C units, which are currently available at P1.6 to P2.5 million.

The classes of modern jeepneys are determined based on its built, design and the installed accessories as well as gadgets. These include airconditiong, closed-circuit television or CCTV cameras, dash cameras, and Global Positioning System or GPS gadgets.

Aside from their negotiations with suppliers, Delgra said the Department of Trade and Industry is also working on the provision of incentives to manufacturers and suppliers “to help lower down the cost of production of the units.”

Along with these efforts, Delgra said he expects the prices of modern jeepneys to go down due to the growing competition in the market.

“The market itself, which invites competition, will eventually help lower down the cost of the units,” he said.

For the transport groups, Delgra said they are also providing them the capacity to acquire modern jeepneys though the “5-6-7-8” scheme.

He said they have worked with the suppliers to allow the purchase of the units at 5 percent equity.

“The government provides grants of up to P80,000 as equity subsidy for transport groups who will avail of the modernization program,” he said.

The “Modern PUV Caravan” here is the first stop in Mindanao for the program, which is spearheaded by DOTr and its attached agencies.

It is supported by the city government, the Office of Transportation Cooperatives and the Technical Education and Skills Development Authority.

The caravan includes a showcase of modern jeepneys from different manufacturers while the participating agencies conducted orientations for transport groups. (PNA)