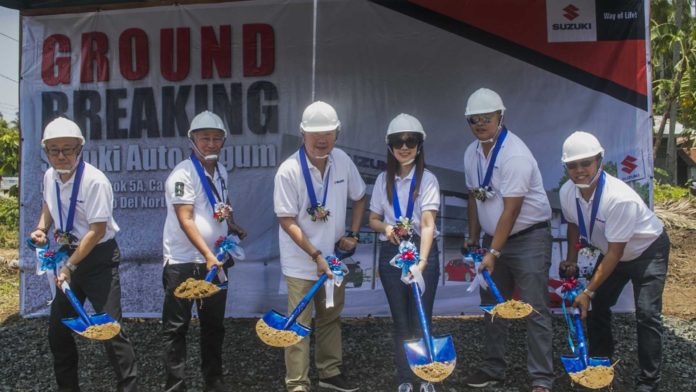 Suzuki Philippines, Inc., the country’s pioneer subcompact car distributor, continues to bolster its presence in Mindanao with a new dealership in Tagum City in Davao. After setting a new record of more than 2,000 vehicles sold nationwide in four consecutive months this year, SPH is gearing up to open new showrooms in different areas across the country with fast-paced business growth.

Suzuki Auto Tagum located in District 1, Purok 5A, Canocotan, Tagum City will soon rise SPH’s 3s dealership in the city, making Suzuki cars and services more accessible to existing and other potential customers in the area and neighboring cities. The new dealership is owned and managed by Grand Canyon Multi Holdings Inc., which manages Suzuki’s 12 other dealerships nationwide.

Tagum City was hailed as Davao Region’s Overall Most Competitive Component City in 2018, its second win from the initiative led by the Department of Interior and Local Government and Department of Trade and Industry. The awards were given to municipalities in Davao that exemplified excellence in Economic Dynamism, Government Efficiency, Infrastructure Development and Disaster Resiliency.

“As we break ground for what would be the new Suzuki Auto Tagum, we reaffirm our promise to make our best-valued and award-winning products and services more accessible to more Filipinos and let them experience the Suzuki Way of Life,” said Keiichi Suzuki, director and general manager for automobile division of Suzuki Philippines.

This year, SPH achieved 14 percent year-on-year growth and landed on the fifth rank in the local automobile industry ranking. These back-to-back milestones continue to motivate the brand to look for more opportunities to strengthen its market in the country by providing best-in-class vehicles and service to Filipinos and bring to them the Suzuki Way of Life.

The Suzuki Auto Tagum will be completed by March 2020 and will be fully operational, by May 2020.